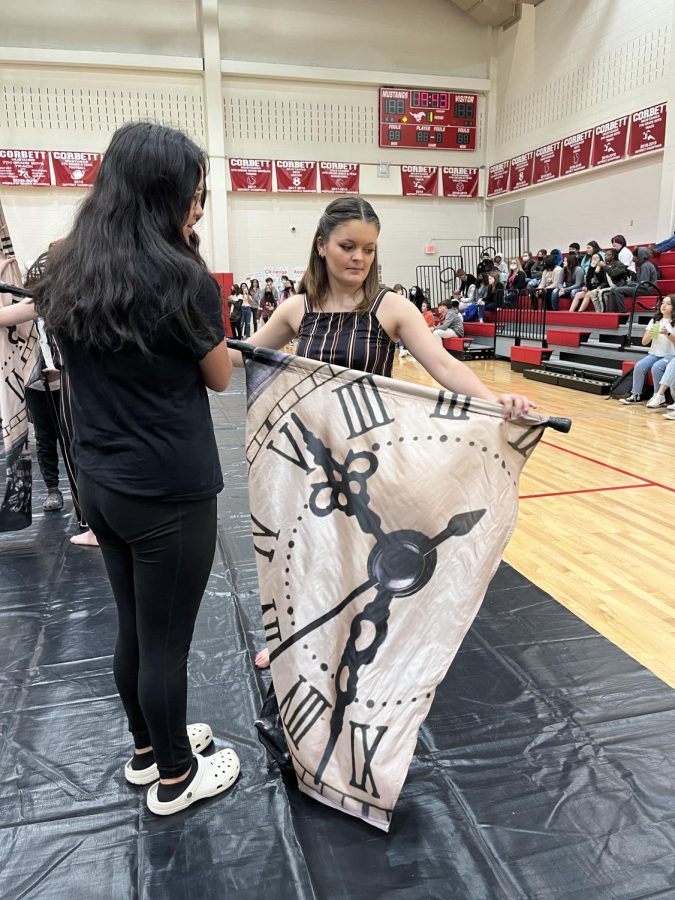 The first performance by the junior varsity team showed the basic flag fundamentals along with modern dance routines. Their performance lasted about six minutes. After, the varsity color guard team wowed the audience with their combination of flag work and dance moves that sometimes included the twirling of wooden rifles.

“A lot of the kids at Corbett are going to be at Clemens next year and it was a good way to introduce them to guard,” said Addie Braun (11). “A lot of them seemed really interested as well, which showed us our recruiting stuff worked.”

Joining color guard has many benefits such as being part of a team, staying physically active and learning how to control your body movement.

The presentation resulted in around 80 people signing up for color guard next year. The color guard performs with the band at all the football games and they go to different competitions thoughout the year. Students who are really good can earn a scholarship.

Seventh grader Myla Clayton was one of the many students who volunteered to learn how to toss and catch a flag.

“[This experience] kind of gave me a feel of how it would be like in color guard,” said Clayton. “I learned that it’s a lot more rigorous than I would’ve thought it would be.”